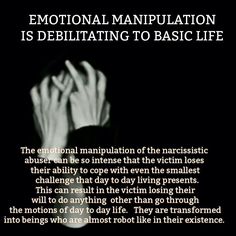 The news coverage of Ray Rice brutally beating his fiancee unconscious has brought back a flood of memories for me. I was a teen in the 60’s and fought long and hard, alongside other courageous women, to win basic rights. Our right to be treated at least as well as animals does not seem to apply to celebrities who can beat a woman to a pulp and get a mere slap on the hand.

In the mid 90’s (not so very long ago) Joe Biden in the Senate, and Barbara Boxer in the House of Representatives, sponsored the Violence Against Women Act (VAWA). The bill, written by Biden’s office with input from multiple grassroots and advocacy organizations and was signed into law by President Bill Clinton on September 13, 1994.

Unfortunately in a society in which women are less than, where their value is not as great as men’s, they will continue to suffer physical violence and abuse.

Guest author Diane Strickland has written a moving and important piece on this topic that I feel should be copied and displayed on every refrigerator in America. Thank you Diane.

Since the video of Baltimore Ravens star Ray Rice punching his then fiancé unconscious in an elevator started making the rounds, there’s been some interesting discussion going on. Some of it we have heard before, but there are some new strong voices speaking sanity into the insanity of a cultural privilege for male violence. This is encouraging in the face of a resilient misogyny.

For me, one of those new voices was from Jackson Katz, creator of a gender violence prevention and education program entitled Mentors in Violence Prevention. I didn’t know about his initiative and was encouraged to learn about it.  I believe it was Katz who, in the face of so much criticism of the female victim, asked us to consider whether we could believe Ray Rice would not be a violent abuser if he was with a woman other than Janay.  In other words, the focus on her is the wrong focus.

It was in that question that I connected this episode to the misogyny we face as partners of sex addicts/compulsive/predators*. The prevailing treatment model makes exactly the same mistake. It focuses on the female partner, pitching her need to “own” what she contributed to the “problem”. Then it diminishes the “problem”—calling it “acting out” or “lapses” and berates the woman for not “putting it all behind her”. The model sets a stage for believing there would have been no “problem” had her sex addict/compulsive/predator been in a relationship with someone else.  Can you believe that these men would not have continued in their sexual activities that many of them began as children or teenagers, if they had just married someone else?

Those who have been working with partners within a trauma-based model of care observe that the co-addict/co-dependent treatment assumptions and therapeutic failures are similar to challenges faced in addressing domestic violence. That is, we have to assert that the woman did not “ask for it”. She did not “deserve it”. She did not “enable it”. She could not “prevent it”. And in most cases we encounter, she didn’t even know about it. Once she discovers his activities, all she does is try and find a way to stay safe. She is with a man who chooses to abuse her, and that choice is always his, and never hers. This clarity, however, is lost in the irrational misogyny of the co-addict/codependent treatment model.

We now recognize many behaviours of the sex addict/compulsive/predator as emotional, spiritual, physical, and psychological abuse. That has not been an easy conclusion. Who wants to be an abused wife? Not me. But that’s what I was. As a consequence women like me will not participate in any tactics that attempt to “normalize” these behaviours that have such destructive results, or de-focus from the abuser by trying to spread the blame around.

On the other hand, the co-addict/codependent treatment approach to partners works very hard to diminish the facts of the abuse, excuse it, make allowances for it, and trivialize the consequences of the abuse to women and also children in the home. They are still hard at the work of normalizing unacceptable behaviour and encouraging partners to stay with abusive men.

Recently we read a therapist’s blog entry who insisted that the sex addict/compulsive/predator’s use of manipulation in his relationship with his partner was neither aggressive nor passive aggressive. In order to diminish his abusive behaviour and its consequences to his targets, this therapist actually redefined the word “manipulation” all on her own. Her conclusion was that his “harmless” manipulation was because he didn’t feel safe with the partner. This ridiculous stretch from credulity works from the same foundation of misogyny that has to be overcome in the issue of domestic abuse. It tries to make it a “normal” experience for women to endure abuse from men.

Dr. Omar Minwalla’s work, however, has been instrumental in pointing out the pre-meditated and strategic nature of trauma-inducing behaviours towards the partner that are perpetrated by the sex addict/compulsive/predator. Dr. Minwalla also includes a trauma category for partners that is therapeutic trauma, which is what we often get when we ask for help.

Like most people who viewed the video of Ray Rice hitting his wife, I was horrified even though I’ve been in the ER with a woman whose face was shattered by her boyfriend. I’ve sat in my clergy office listening to the stories of abused women and children.  I’ve called child protective services and the police. I’ve attended the courtroom with victims of domestic violence, and I’ve been threatened by male abusers because I would not hide their abuse.

I realized that, to me, this part of the hideous video expressed the kind of help partners of sex addicts get from therapists who intentionally choose to defend the abusers, diminish the abuse endured, and tell the abused to accept her role in it. Now I get it. They are there to help drag abused partners out of the elevator and down the hallway.

There’s a name for that kind of help. It’s called collusion.

*I don’t know what to call these men, so this is what I’m currently using.

Diane Strickland, M.A., M.Div. has been ordained for 25 years and is currently serving the community of High River, AB in post-disaster trauma care and advocacy. She also has been coming alongside women partners of sex addict/compulsive/predators for over five years, to offer support through a trauma care approach.

Learn more about domestic abuse.  www.calgarywomensshelter.com/learn  has excellent free downloadable resources about honouring women’s resistance to abuse, how the abuser makes a free choice to abuse, and the many different kinds of abuse perpetrated on women. You will discover that experiences described by partners of sex addicts/compulsives/predators on the SOS site and elsewhere are included in the category of domestic abuse.

What Partners Say About Sex Addiction and Support

If They Are Not Really Addicts Why Do We Call Them Sex Addicts?

The Truth About Lying