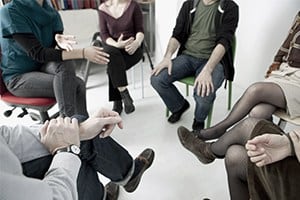 Today 12 step programs are the ‘go to’ gold standard for sex addiction. But, do 12 Step Programs really work?

AA’s success as an organization has not been matched by a research record. After 75 years of existence, scientific study had been unable to confirm AA’s effectiveness. There certainly is a correlation between attendance at AA meetings and success in recovery. However, what remains unknown is whether these successes would have occurred anyway.[note]*Conflict between 12-Step Anonymous Groups and Science Continued A. Tom Horvath, Ph.D., ABPP, Kaushik Misra, Ph.D., Amy K. Epner, Ph.D., and Galen Morgan Cooper, Ph.D. , edited by C. E. Zupanick, Psy.D.[/note]

Of the thousands of stories I have heard from women who are in a relationship with a sex addict (I use this term because it is familiar but sex addiction is not a valid medical or psychological disorder) I have never heard a story of a sex addict recovering and stopping the unwanted sexual behaviors. Most of the sex addicts in these relationships did attend 12 Step Programs for varying amounts of time.

In my own experience my husband cried and pleaded for chance after chance and attended several 12 Step Programs on a regular basis for over six years. During that time I found out that he would frequently call a prostitute to make an appointment, go to the 12 Step meeting and meet the prostitute after the meeting. Most of the sex addicts in his groups either never stopped their acting out or did so for only short periods of time. These sex addicts would lie to their partners about their behaviors and use the 12 Step meetings as proof that they had changed. Behaviors like this are the norm rather than the exception.

In my opinion 12 Step Programs provide a cover for the sex addict’s behaviors and enable these activities because there are no consequences and no cross talk. A sex addict can ‘confess’ their acting out behaviors in a meeting, sometimes describing illegal activities involving child abuse and/or child pornography and the group will say nothing except, ‘Thank you for sharing’.

One of the most appalling aspects of the 12 Step Programs for sex addicts is that they are co-ed. Participants share their contact information with each other to facilitate support–someone to call when you need it. I find this simply absurd. My husband was not the only person who used those lists for easy sexual hook ups.

Professionals who run sex addiction treatment centers use the 12 Step Programs and recommend clients to continue after treatment, yet they have failed to produce any verifiable scientific studies to back up their success rate claims.

I am asking these professionals; specifically Dr. Patrick Carnes, Robert Weiss, Dr.Stefanie Carnes, Dr. Milton Magness, Alexandra Katehakis, Dr. Linda Hatch and any other CSAT or sex addiction professional to come forward with verifiable, evidence based scientific research that shows that their treatment plan works; not statistics that are only based on anecdotal evidence that is often unreliable because various forms of bias may affect the collection or presentation of that evidence .

He’s A Sex Addict! Should I Stay Or Leave?

Debunking The ‘Men Are Genetically Programmed To Cheat’ Theory

What To Ask Your Therapist